Welcome to coastal Cambodia, to sandy beaches, tropical islands, provincial towns and and budding resorts on the warm waters of the Gulf.

Bokor Mountain is about 11 kilometers west of Kampot city. The mountain was first developed by a group of foreigners in 1917 and later organized by a Frenchman named Roulouse on April 13, 1922, during the reign of King Sisowath. During colonial times, Bokor Mountain was a place of leisure for the French colonists looking for an alternative to the heat of the city. Bokor Mountain is 1075 meters high and the temperature at the top on the Bokor Mountain is moderately cool, with temperatures ranging from 15 to 25 c. the 32 kilometer trip from the base to the top of the Mountain can take up to one hour and sometime longer, depending on the mode of transportation.

Those who make the trip, however, will find a lush forest, large rocks shaped like animals and sailing junks, as well as a spectacular panoramic view of the Kampot countryside, of Sihanoukville and of the bright, blue sea. During the French colonial period of time, Mr. Francois Marius Baudoin, Resident superieur, constructed the school, post office, Catholic Church and the Bokor Palace Hotel and much of the infrastructure on Bokor Mountain.

Lok Yeay Mao Monument: The huge Lok Yeay Mao monument was constructed in 2010 at 29 meters high, sitting in a meditation posture and facing to the coast. Lok Yeay Mao is considered a protector spirit of travelers, fishermen and hunters.

Ruins of the Black Palace

Damnak Sla Khmao is around 10 km from the hill station was King Sihanouk's residence. It was built in brick and black wood in 1936. The doors and windows are all gone but the villa is still in good shape. You will find an amazing view of the cliff behind and also beautiful sunsets..

The name Wat Sampov Pram came from the resemblance of oddly sculpted rocks to five traditional ships lined up next to each other. The temple was built by the mother of King Sisowath Monivong. Behind the temple, there are breathtaking views of the deep blue sea and emerald green jungle that will amaze you. Wat Sampov Pram is the highest Buddhist temple in Cambodia, at 1,075 meters above sea level.

The old Catholic Church was built by the French in the early 1920s. The church's architecture is well-kept and in a style that is unusual in Cambodia. This location is a great spot to view the sunset on Bokor Mountain and is very popular for pre-wedding photoshoots.

Popokvil Waterfall: Popokvil means ''swirling clouds'' which is totally appropriate as most of the time the mists do whorl just above the waterfalls. The best time to visit is during the rainy season (May to October) when the waterfalls are at their most beautiful.

500 Rice Fields Sacred Meditation Area: Bokor Mountain boasts the unrivaled atmosphere and environment for both activities and serenity. A few kilometers away from Thansur Bokor Highland Resort, Bokor Meditation Area are lying amidst the jungle. Visit Meditation area to increase your energy, improve your health, gain luck and happiness after arriving in one of Bokor power spots.

A place to relax with green mountain views, visitors can enjoy and experience many fun water activities such as kayaking, canoeing, fishing and riding paddle boats. it's a true holiday experience for you and family.

This Tea Farm has a long history of almost 100 years. Guests can visit this refreshing farm for tea tasting and enjoy the beautiful forest and mountain views nearby.

Le Bokor Palace was first inaugurated on 14th February 1925 to host royalties and elites for decades and was revived in the early 1962 by Preah Karuna Preah Bat Samdech Preah Norodom Sihanouk.

Le Bokor Palace is the main building of the Bokor hill station in Cambodia's Kampot province. The location choice at 1000 meters altitude to provide the settlers tired of the hot weather in Cambodia, especially during the dry season.

Le Bokor Palace is the ''heaven'' for French. It was the famous summer escape for the french elites and royal family.

Le Bokor Palace on the edge of the cliff which steeply overlooks the Opal Coast of Cambodia. Enjoying a moderate climate and unusually picturesque location.

Francois Marius Baudoin, Resident-superieur, decides to create a ''health resort'' on Bokor Mountain, part of the Elephant Mountain range of Cambodia in 1912. The buildings are set up at the green mountain and the blue sea, near the cliff. The best location offers a bird's eye view of the ''Opal Coast''. as well as the grand mountain views.

On November 18, 1919, the construction works were granted to the Boy, Ferme & Cie. The cost of the project is 160,000 USD, for a period of 8 months, to build a bungalow, a chalet for Resident-superieur, a post office and telegraphs on the Bokor hill station.

From 1920 to 1922, He changes the project from ''Bungalow'' to ''Palace'', The completed building has been demolished, only the cost of the place reached 311,872 dollars. Many critics say this project is ''wasting'', was buried in fog, the palace will be nicknamed the ''Baudoin Folly''

The art deco architecture influenced by the Modernism is entirely made of concrete. It is an imposing three-story building of Palladian acchitecture, embellished with Italian style.

Le Bokor Palace has a huge fireplace, an elegant small lounge, a vast dining room and 18 large rooms equipped with all modern comforts and even electric heaters. These rooms lead to large terraces and pergolas, when the weather is good can see the magnificent ''Opal Coast''.

The hotel was inaugurated on Valentine's Day in 1925. The lavish six-course menu included gazpacho, ''US-style'' crawfish, rich foie gras served cold and strawberries from the Emerald Valley served with Chantilly cream. The last guest didn't leave until 5am.

At that time, Bokor hill station had an agricultural station growing strawberries to serve for dessert for hotel guests as well as growing all kinds of European vegetables and the imported cows produced fresh milk for hotel guests.

The two main factors make the hotel was ''failure'', these are mist and the building deteriorating. The station is only habitable during the dry season, for a maximum of six months and the heavy rains on this ridge subjected to the influence of the sea, the building failure very quickly. Because of these factors, in 1926, a year after it was opened, the Societe des Grands-Hotels Indochinois abandoned the deficit management of the palace. the hotel stays closed for several months. It reopens at the end of 1926. The management is again ensured by Mr. Joannot, director of the Select Hotel of Phnom Penh, but on behalf of Jean-Marie Antonini, director of Charterers Reunis.

The hotel is closed again in 1928. It reopens the first of February 1929. The hotel has been under ''strict control'' since 1930 and must be opening from February to June, During the remaining bad season, make sure to provide ''essential services'' to guests. In the 1940s, it takes the name of ''Mont Bokor Hotel''

During the first Indochina War in 1946, the hotel would serve as a military hospital. difficult to defend, the hill station is abandoned in 1950. The palace is ravaged by Khmer Issarak ''The Black Dragon''. During the 1950, the hill station no longer has any water or electricity. Until the end of the year 1960, the building was burnt, windows and doors were burned black.

The new ''City of Bokor'' was inaugurated for the second time in January 1962 by King Norodom Sihanouk. The hotel managed by the ''Khmer Royal Society Inns'', it has 22 rooms and four apartments with modern comfort, a spacious lounge with bar, a large restaurant.

Following the overthrow of Sihanouk in 1970, the station is closed again. In 1972, the Khmer Rouge took control of the Bokor Mountain. In the early 1990s Bokor hill station was still one of the last strongholds of Khmer Rouge.

After the peace accords in 1993, a battalion of French peacekeepers took possession of the building and set up a telecommunication station, taking advantage of its geographical location.

After the civil war, Bokor was forgotten, leaving only traces of what was, the forest grew back, and it became a '' ghost town''. In 1997, the first tourists return.

Not Included in the Package 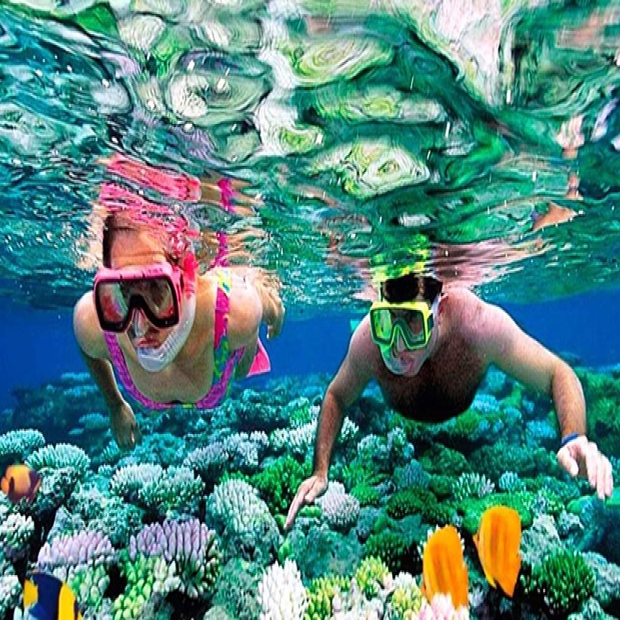